This will be my third year participating in the Armchair Audies. In 2012, I read and predicted the Humor, Narration by the Author/Authors, and Audiobook of the Year categories. In 2013, I read and predicted the Non-Fiction and Short Stories/Collections categories. Last year, I kinda dropped the ball and still haven’t gotten around to reading most of the books I was supposed to. But I’m trying to get back in on things!

But first, what’s the Armchair Audies all about? I loved Overreader‘s description so much that I’m mostly stealing it. Here ya go:

It’s Armchair Audies time! What’s that? Never heard of them? Well, they’re new. The Audies are annual “awards recognizing distinction in audiobooks and spoken word entertainment” and are awarded in June. [Over a hundred audiobooks are nominated in more than twenty different categories.] Rather more than even an audiobook maniac like myself can handle, so to get a handle on them all, blogger Literate Housewife spearheaded the Armchair Audies. Interested bloggers will listen to everything from one (or more) categories and give their opinions.

This year, I’ve decided to read in the Short Stories/Collections category, along with a few other random books that piqued my fancy. We’ll see in a few weeks what the nominations for Audiobook of the Year are. Until then, here are the books that I’ll be tackling in the category I’ve already chosen: 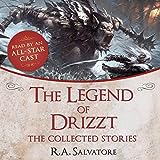 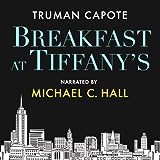 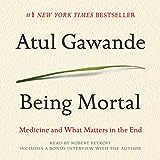 Autiobiography/Memoir and Narration by Author