There are many authors that I respect very deeply, or whose work I enjoy, but few of them are writers who have stayed with me through more than a few years. One of these authors is the inimitable Margaret Atwood. And so, today, I’m writing a theoretical letter to send to her, though I don’t really expect her to actually read it.

I was first introduced to your work in high school, when we read Alias Grace in English class. While I enjoyed the book at the time, I hated the way that we analyzed it to death. It was pretty much the same thing as everything else I read in school, particularly by the time I got to university – I just loved to read, but didn’t care overly much for interpreting the author’s intentions. I just felt like it was too presumptive to assume that we could figure these things out just from reading their finished, edited, published text.

The next time that I encountered your work was in university, when The Handmaid’s Tale was on a required reading list for one of my courses. I couldn’t believe that I hadn’t come across it before. What kind of high school education did I receive, that I had never heard of this fantastic book? Sadly, the Catholic education system that I was forced to endure had kept me from learning about many things I would find out about later, and feminist dystopian novels were one of them.

Since then, I’ve been slowly reading your other works, though I admit I haven’t yet gotten to as many of them as I would like. Last summer, for example, I read Oryx and Crake and The Year of the Flood back-to-back, and adored every word of both. There’s just something about the mix of Canadian writing sensibilities and your feminist, environmentally-responsible worldview that forces me to engross myself into a book and avoid coming up for air until it’s necessary. Very few other authors have ever been able to extract that reaction from me.

I cannot express how very proud I am that you are Canadian like me, or how much I respect your work and philanthropic efforts. Instead, I’d simply like to tell you how important your writing has been to me. It kick-started the feminist part of my life’s journey, encouraging me to enroll in a women’s studies course in second year university among other things. It helped me to realize that there were other people out there like me, who wanted to explore the deeper, darker possibilities of our future as women, as well as the intricacies of our past and present.

But aside all of that? Your books made me think critically about my life and the world I live in. And I think that’s the most important thing that any author could do.

Thank you for that. Keep writing and saying what you believe – it’s important to so many people. I’m just one of them.

This post has been a part of the David Inside Out blog tour, hosted by Lauren of Let’s Get Beyond Tolerance.

Between January 17th and 28th, different bloggers are posting letters to some of their favourite authors. This relates to DIO because David and his best friend Eddie write letters to their favorite romance authors. (The authors on this tour don’t have to be romance though.) There is a prize pack being given away for anyone who joins in by commenting on letters, following blogs, and writing your own letters! Check out the main tour post for details. 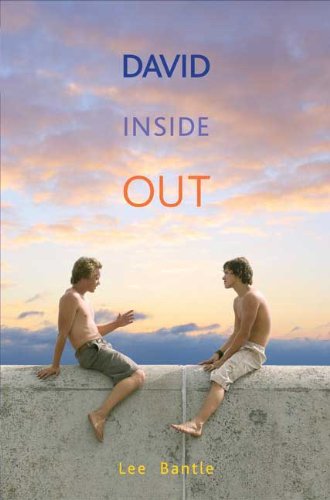 David Dahlgren, a high-school senior, finds solace in running with the track team; he’s a fast runner, and he enjoys the camaraderie. But team events become a source of tension when he develops a crush on one of his teammates, Sean. Scared to admit his feelings, David does everything he can to suppress them: he dates a girl, keeps his distance from his best friend who has become openly gay, and snaps a rubber band on his wrist every time he has “inappropriate” urges. Before long, Sean expresses the thoughts David has been trying to hide, and everything changes for the better. Or so it seems.

In this thoughtful yet searing coming-of-age novel, Lee Bantle offers a raw, honest, and incredibly compelling account of a teenager who learns to accept himself for who he is.

8 thoughts on “Dear Margaret, of the Atwood persuasion”